Three things have occurred recently that are noteworthy and are all indicators of my age.

For a while now I have observed people paying for things using their phone and rather irrationally it has always irked me. Young people in the main and fewer people of my age who I notice have a smug air about them. It grates also because I can’t use my phone for this purpose.  I am sure that my phone is capable but its operator and this adds to my sense of impotence – something which men of a certain age are always mindful of. Step forward then, my wife. Tired of me always searching for my wallet, she grabbed my phone, began tapping away and dragged me in to the modern age. I too can now tap my phone for stuff and I must say it is liberating.

And in this vein, I continued to get down wiv da kids when Nikki and I took in a nightclub. Yes, you read this correctly. A nightclub and on a Monday night! A venue where young people go to have fun dancing and hope to meet other young people with whom they might have some conjugal fun. This is not why Nikki and I went along.

In fact we went to see a band. The first band I have seen in at least a decade and Rag n Bone Man, no less. A hip and credible singer who probably would not reckon on me as his target demographic. My credibility here would rank higher if I had bought the tickets and inked the big man in to my diary when in reality, our much cooler friends had some spares going and thought to invite us along. I am glad they did. Rag n Bone Man is someone I am aware of. I recognised a few of his songs and could even sing along (quietly) to his human hit.

The next morning, if Paddy was impressed that his parents had suddenly become hip, then he hid it well. I enjoyed explaining that we were not in fact the oldest people at the gig and I assured him that I did not dance. I enjoyed the show immensely. He has a great voice and a very likeable presence despite my aversion to tattoos. That said, my musings as he sang rather gave away my age. Some people just wear ink better than others. When I was growing up, tattoos were the preserve of only the tough and the dispossessed. And almost exclusively men too, but not anymore. Everyone and all-sorts have tattoos nowadays including rock stars of course who we expect to out there and edgy. The late great Bill Hicks screamed demonically in to his microphone, “I want my rock stars dead.”

Whilst neck tattoos have become so common to be almost passé, thankfully facial tattoos remain rare. I have never seen anyone pull off a facial tattoo and as much I enjoyed Rag n Bone Man, throughout his short set, my paternal instincts kicked in and I caught myself worrying for him and hoping that he is okay. 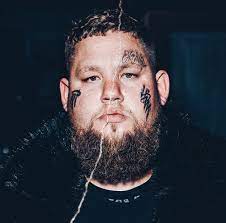 And finally another indicator of my age this week and one that I can do nothing about. I attended an eye test, hastily booked by Nikki because I happened to mention that I was struggling to see the line on my golf ball which is supposed to be a putting aid. I’m conscious that just playing golf is also an indicator of age which I refute by referring to Tom’s Instagram.  Tom is not old and by all accounts is even hip and cool.

Anyway, after an eye examination lasting two hours, I am told that the macular degeneration in my left eye appears to be worsening. In such situations I tend to aim for higher ground and look for positives – like I have two eyes and the right one is fine. The optometrist didn’t seem unduly concerned. Quite common he explains in people of advancing years. We go on to discuss how I might constrain this condition and he has lots of advice, none of which is terribly useful.

Don’t smoke. Don’t be obese and don’t eat a diet of processed food is the main thrust – bases which I already have pretty much covered.

But then he mentions the perils of sugar and I want to say ditto until he mentions fruit juice. Regular readers might know of my Fruit Bowls – and how they inspired my novel of the same name. It transpires that The Vegetable Bowl might be better for my health but it doesn’t have the same ring to it.

With my new eye prescription, I am measured for the lenses. And then the bill crops up. £360. Not so cheap but not so dear either for something as precious as sight.

And here’s the thing.

I paid the bill using my phone – although for this transaction I didn’t feel quite so young anymore.

In the not too distant future I will be publishing an audio book, one new novel and two revised books – if you enjoy my blogs and writing – and would like to get involved/have updates on these projects plus some exclusive content, you might like to sign up to my newsletter – but he, no pressure.

8 thoughts on “Help the aged…”