Summertime is the downtime for professionally funny people. Most people are away and those who aren’t don’t wish to be cooped up inside.

It is wonderfully quirky then that the Edinburgh festival confounds such logic and grows bigger each year – as comedians seek their fame and fortune and are happy to risk financial oblivion to do so.

There are enough reasons to visit Edinburgh anyway – the most beautiful city in the UK? But during the month of August, it becomes arguably the most compelling place on earth. The ancient city heaves with endeavour and hope with shows around the clock and in venues that really should never be venues; just another quirk of Edinburgh. For performers and audiences alike, experiencing and collecting their unique Edinburgh tales. Being amongst the handful of people at Eddie Izzard’s first ever solo show, no doubt remains  a dinner party favourite.

Not all, but most comedians have taken their shot and many can trace their career breakthroughs to Edinburgh. Me certainly with my debut year of 1993 – “an undiscovered star…” The Guardian and then my radio show – the small world of Dominic Holland coming directly out of my run in 1999. It still plays today on BBC Radio 4 Extra and is always accompanied by a flurry of enquiries and bookings; to make up for the royalty cheque of about fifty quid.

But there are the Edinburgh lows too – which all comedians must endure – the tiny audiences, no audiences at all, the bad reviews or even worse, not being reviewed at all.

And yet, some comics make the pilgrimage each and every year – and I am always terribly admiring of them because how can they fill an hour with enough new things to say that are worth listening to? If not their admirable creativity, then their guts and sense of delusion.

I was adamant that my Edinburgh days were over after my short run in 2006 – 11 shows only! – and so going back then for full runs in 2017 and ’18 was a breakthrough for me every bit as big as my debut year.

The free fringe was a revelation. Full houses. Receptive audiences. Good notices (apart from The Daily Telegraph with Two stars. Really, you twat?) and having team Holland involved and fully immersed with Nikki on front of house and my son, Sam on tech, an added bonus because I had always done it alone in the past.

So why not this year then?

I have not managed to think of enough new things to say that are sufficiently funny.

And this is largely down to  I, Gabriel –  my new novel (and sixth book) which I published last week. A short read but a bloody long write. A story which has taken much grappling with to get right and why the reviews so far have been so heartening. Thank you.

And all being well, I will appear at the Edinburgh Festival 2020 with ideally, a show called,  How I wrote a hit novel, finally!

And to all the people heading to Edinburgh this summer – enjoy this unique experience – and particularly to the brave souls treading the boards. The idea that us performers must cling to is – enjoy the journey –  but I accept that this is not always an easy prospect at the largest arts festival on earth – and why certain comedians need to intersperse their appearances with a new book.

As exposing perhaps but potentially much less damaging. 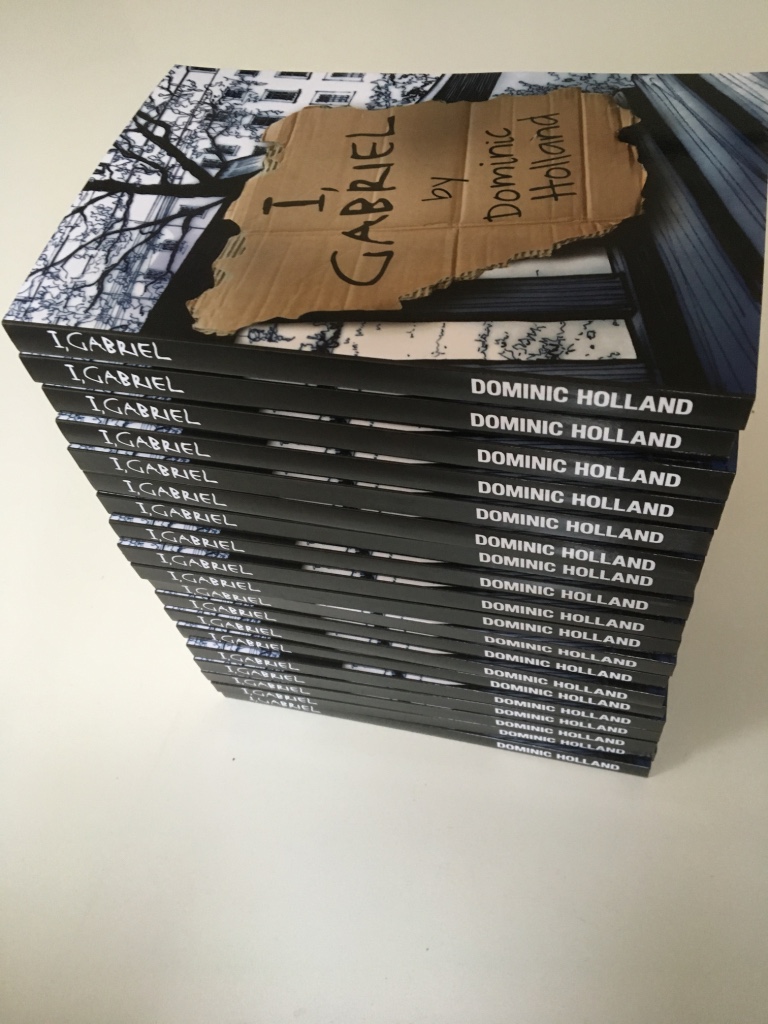 I, Gabriel is available as a paperback and ebook on Amazon and other on-line sites.

9 thoughts on “In my absence…”