The Scottish Highlands are staggeringly beautiful but add in the unseasonably sunny weather and when London is deluged in rain, I must count my blessings for our stay-cation as they are known in our Covid world.

I am a writer of sorts and one who happens to be travelling but this does not make me a travel writer. I don’t have the writing chops to adequately capture just how breath taking this place is. You’ll just have to trust me – it is. 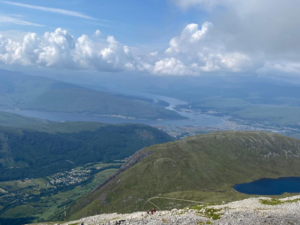 The town of Fort William is our base for 2 of our 7 days – the home of Ben Nevis, the highest mountain in Scotland at a mere 1385 metres. The last time I visited this famous town was 1993, on tour supporting Eddie Izzard and perhaps my career zenith? If only I’d known.

Our four hour ascent was agreeable enough. A sustained and moderate effort and I am pleased to say, within my endurance limits. We all summited and enjoyed our literal high point. Our moment at the highest point of the UK. But any smugness I felt was wiped away by the torturous descent – much harder than the climb and even more painful than my on-going career descent which began in this very town over 28 years ago.

A descent made worse because Paddy skipped down like a mountain goat because he didn’t feel any need to wait for his ailing mum. This was my short straw. Nikki was determined to share her agony with anyone who would listen. Not just her tears but actually explaining out loud the physical challenges her ankles pose…

‘I have a condition whereby my ankles don’t twist. They don’t give. I’m in agony…’

My feet hurt also but not as much as my ears.

That saying again – that people climb mountains because they are there – well, not all people because I am now done with climbing. Next time, I will just look and marvel.

7 hours in the heat, we were exhausted and desperate to find a restaurant but everything is booked. The only place with a table for 7 is an eatery within a local cinema.

This is not ideal. I tend to avoid food at cinemas but having scaled a blinking mountain, I’m up for anything, even those florescent sausages that come with eat-by dates in decades.

Only it turns out that the cinema at Fort William is not your everyday movie haunt.

Newly opened, the Highland Cinema has a simple but fabulous restaurant which I cannot recommend highly enough. The food is great, the staff are superb and so is the beer… our tipple was Highbridge IPA from the Glen Spean Brewing Company. The manager senses our enthusiasm. He explains it’s a local brewery which adds to our enjoyment.

I’m a big advocate for anything ‘local’ and especially things manufactured by start-ups and enthusiasts daring to go up against the global brands.

On the Isle of Skye I bought soap by the Highland Soap Company – and at an underwhelming craft fair in the idyllic village of Plockton, I emptied the stall of locally produced jams. 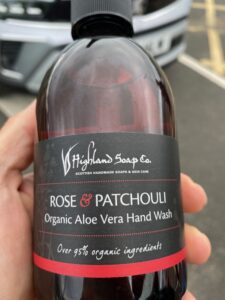 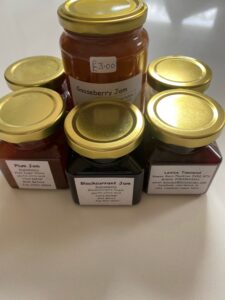 And the Highland Cinema continued to empty my wallet with its great food and impromptu shop, selling all things local and including a series of novels. But no shelf space here for Grisham, Patterson, Rowling (or even Holland) – instead promoting a local author called Angus McDonald. Anyone?  No, me neither. 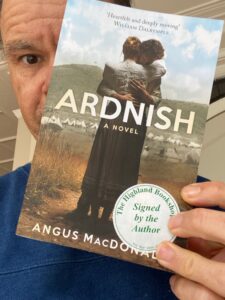 But it turns out that Angus McDonald is not just an author. He is the owner of the Highland Cinema. A former Sottish entrepreneur of the year, he has founded many businesses and is now funnelling his wealth and know-how in to a town and the region that he loves.

And so too is his family. One of his brothers owns the Glen Spean Brewery and another owns the Highland Soap Company.

Politicians make great capital about the jobs and wealth they create when in reality it is entrepreneurs like the McDonald brothers who do such things. Just a cursory search of Angus McDonald reveals that whilst he might not be billionaire rich trying to conquer space but he is a very wealthy man and could so easily be lying on a yacht someplace. That he is bringing the silver screen back to Fort William and creating jobs is commendable. McDonald says he is determined to make the Highlands a richer and better place to live and work. Given how beautiful the place is, this is a tall order but I wouldn’t put it past him and I am sure the people of Fort William are grateful for his efforts.

Our last day is another sunny one in Edinburgh. Scotland’s capital and arguably the UK’s most beautiful city. So richly endowed with its history and architecture, not to mention the world’s largest arts festival that besieges the place every august and attracts performers and audiences from across the world.

Having done 7 one-man shows at the festival, I have burned much adrenalin in this city. 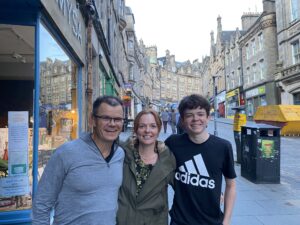 Walking about the place, it is easy to rekindle memories, some good and some not so good. The great reviews and the dire, the awards and near misses. And most recently in 2017/18 with Sam on sound and Nikki on audience seating – welcome roles beyond my family’s traditional job of inspiring my onstage wittering’s. 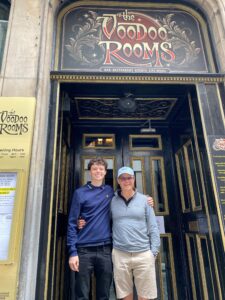 As a young child, I recall screaming support for Archie Gemmill and the Scotland football team in the World Cup when England hadn’t qualified. Our school was adorned in tartan bunting and Ali’s Army was our army as well. But such solidarity has long gone and this is something which our politicians can legitimately lay claim to. The only talk now is the apparent antipathy between England and Scotland which is at odds with the welcome we received and our experience this week.

The governing party of Scotland’s primary mission is to see an independent Scotland putting an end to the oldest and most successful political union in history. I hope this doesn’t happen but if it does, it won’t stop me visiting and enjoying one of the best places and the best people you will ever encounter.

12 thoughts on “It’s harder coming down…”